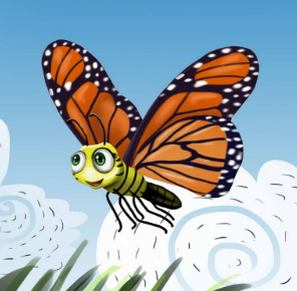 I’ve had many people ask me where I came up with the idea for the book, “Mari.” I don’t know exactly how the story popped in my head, but I do know where she was born!

For several years, I volunteered at a place called “The Farm.” It was located in the middle of nowhere, but some very special people lived there. They suffered what became known as “life-controlling issues,” and they were seeking freedom, peace, and a fresh start.

The butterfly became the symbol for new beginnings in this incubator for new life. I mean, what is more miraculous than a worm-like caterpillar crawling around on its belly, becoming nothing but “goop” in a chrysalis, then emerging as a magnificently breathtaking creature that spreads its wings to fly? That is not change; it is transformation. It requires letting go of the old and embracing the new. These women submitted to the process and embraced the journey. It is not easy, but neither is staying stuck. I’ve seen this metamorphosis happen many times, and I have also had the amazing opportunity to experience it myself. It is spectacular to watch, and it brings me great joy

to witness others launch into their destiny just as Mari did!

Get Updates From Michele!